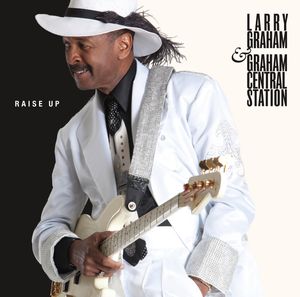 I had such a warm & loving night, throw in a great concert here in Austin with my dear friend Dave Koz, and the legendary Larry Graham, who rocked as hard as ever!! When you hear that baritone voice you loved so much in all those iconic hits he recorded with Sly and the Family Stone, Whacha gon' do? You gon'get up and shake your Bootty!! They did a slamming medley of Sly Stone hits.. still mind boggling to remember what an outstanding writer Sly was.

A very special treat for me was seeing

my long time friend and my musical director for decades, Bill Sharpe who played bass for Dave before being joined onstage by Larry (his idol:) Larry's stage entrance from a side door and walking through the audience playing and looking incredible in his all white outfit... the room lost its mind!

When Bill, (also known as Rubberhand Man:) and Larry Graham did dueling basses.. it was Ridiculous!!

Dave was the host extraordinaire killin the different saxes that were handed to him on stages. Koz's whole band was screaming "WE TIGHT!!!"...and this was only the first night of their summer tour! Get ready America, this show is going to blow you away!

Well, Dave did have an extraordinary band (& a funky vocalist named Lisa, sorry I didn't get her last name!) including the genius keyboardist, Greg Phillinganes who was formerly Michael Jackson's musical director for a decade, need I say more? Love this gifted man.

To top it off Larry honored his close friend PRINCE by performing a moving version of PURPLE RAIN. The whole audience was singing along in full voice and harmony with heart to the end.

I would be remiss if I didn't mention Dave played a very fine arrangement of Somewhere Over The Rainbow, arranged by Rob Mounsey, one of the best arrangements I've heard of this classic. Then you add Greg on the keys, there's even more magic. Thanks DK!

After the concert with Marcus Miller a fan said...I witnessed with my very eyes the history of funk-jazz-rock bass, and reflect better on Marcus' words when he introduced Larry: "here's my Godfather" - Éric

Larry Graham Central Station live in Renesse!
Super giged tha house!
Mr. Graham and his band "Central Station" are in top condition and performing at its best, what a beast on stage !!!
A must see for everyone!
Have fun!

6-10-2012
ALL ABOARD FOR Graham Central Station---I'm convinced now that Larry Graham has discovered funkroids (some form of musical steriods) because it is simply against anyone's DNA to consisently play the brand of funk he performed in the otherwise quiet and quaint town of Annapolis, Md. If you think there's a chance Larry has slowed down over the years, think AGAIN, he's not only stepping, he's picked up a few steps. I was certain that during "Release Yourself" Larry would break a string on his bass, as I witness in 1977!!! He started funk bass and GAVE LESSON AFTER LESSON THIS VERY NIGHT-- LIVE AND IN LIVING COLOR. I saw fans walk in, but they certainly limped out with acute whiplash after rubber necking the entire show. Also in the audience next to me was world famous drummer Dennis Chambers (currently w/Carlos Santana 10yrs). I suspect he's a tad sore also.  Y'all need to get out and enjoy the funk LIVE by Larry & his band today!!!! There is simply no need to deprive yourself of this original icon of funk & bass.

7-24-2013
Some of the concerts in Gemany next moth have chaged venues. check out the new concert listings HERE.

3-5-2013
For their March 9th show at De Roma in Antwerp, Belgium, Larry Graham & GCS will be joined on stage by special guest N8N, a hip young “new school” artist with a funky “old school” vibe. For more info, you can check out http://n8nmusic.tumblr.com/

For their March 10th show at the Jazz Café in London, UK, Larry Graham & GCS will be joined on stage by special guest Mark King, bandleader, singer and amazing bass player of the famous British jazz funk band “Level 42”. This going to be an amazing funky “slap bass” summit! For more info, you can check out http://www.level42.com/

8-30-2011
Larry's August 26th concert at "Not Just Jazz" in Virginia has been rescheduled to November 26th due to hurricane Irene.

8-9-2011
Larry will perform and accept  a Lifetime Achievement Award At BASS PLAYER LIVE on October 22,23 in LA.

7-28-2011
Larry will be performing as “special guest” with Prince at the “NPG Music & Art Festival” on August 6th in Copenhagen,

5-7-2011
Larry is featured on the hidden track at the end of Raphael Saadiq's new album "Stone Rollin'". Larry is also mentioned in the album’s liner notes as "The reason I play the bass".

Prince picked one of his musical inspirations as the opening act. On this show. it was Graham Central Station, whose leader, the legendary bass player Larry Graham, commented that it was his first time performing at the venue since he appeared as part of Sly & the Family Stone. The headliner briefly joined them for a raucous medley of that group's hits, including such classics as "Family Affair" and "Everyday People."